Not that long ago, I shared with you “10 Marketing Campaigns From Big Brands That Won Over Reddit.” We decided to follow that up with an additional 10 brands who have found success on Reddit for a number of reasons. However, brands remain hesitant when it comes to using Reddit as part of their marketing campaign, often because they either don’t understand the power of Reddit online or because they believe leads Reddit will not convert. To squash those fears, check out what the following 10 brands have achieved on Reddit.

The Economist is a weekly publication that has been operating since 1843 and has a circulation of around 1.5 million readers. Despite calling itself a “newspaper,” The Economist has done an excellent job of embracing social media and offering digital versions of its publications to keep up with the times.

The publication has also taken the steps to break into the Reddit community. For example, several years ago Tom Standage, the digital editor for The Economist, wanted Redditors to ask him anything – like the company’s digital approach and if there were any upcoming trends in media that they should know about. Members asked their questions and Tom responded instantly. It was a simple and effective way in welcoming the Reddit community by giving them a behind the scenes look at how The Economist works.

More recently, Jacquie from The Economist asked Reddit what products they would want to see The Economist make. While there were some serious questions, Jacquie did a great job of engaging the members who weren’t taking the question as serious. She’s clearly someone who gets the community and wasn’t scared to interact with members.

Since Amazon is a relatively new e-commerce company, it was founded in 1994, it just makes sense that the company would stay on top of the latest techniques for online marketing campaigns.

Previously, I discussed how Nissan teamed up with Amazon when the Versa Note was sold on Amazon. The campaign began when Nissan asked Redditors what they would want from Amazon – which Nissan then bought and sent to the users. The icing in the cake, however, came when an extremely large Amazon box arrived in a town in Wisconsin. Finally, a redditor solved the mystery by figuring out the Amazon had just shipped a car.

When Amazon isn’t shipping cars to customers, it also uses Reddit to share deals and pre-order windows. For example, AmazonJosh teased that there was going to be a major announcement on July 13, 2015. The teaser was an image of a rooster with the caption “No, Esteban! Not until Monday!” If you’re lost, no worries. In the thread, it was explained as follows:

“Esteban was an Amazon employee who gave this sub some info about when certain Amiibo would go live on the site. A cult following resulted in Amazon posting a picture of a rooster on Twitter. Allegedly, the rooster is Esteban.

So this picture, from AmazonJosh, likely implies that something big and Amiibo-related will occur on Monday, and the tie around his beak is to keep Esteban’s mouth shut so as not to spoil the surprise.”

Not only does Amazon use Reddit to promote upcoming products, it pays attention to subthreads that matter most to users.

Social media networks are a great place for brands to handle customer service issues. But, this actually backfired for Samsung in 2014 when a competitor came in and saved the day for one Reddit user.

A Reddit user by the name of TweektheGeek started a thread asking redditors for advice on how to handle replacing his Samsung S4. The phone was burned and melted the battery. The user contacted Samsung who promised a replacement phone and a box to return the damaged phone. After a month, the new phone was not sent and TweektheGeek was ignored by Samsung on Reddit, Facebook, and Twitter. Enter a product manager from HTC.

The rep from HTC, who goes by the name of jetleigh, offered to send TweektheGeek a brand new  HTC One (M8). The catch? If TweektheGeek did receive the new phone from Samsung, they would have to auction off the Samsung phone and donate the money to charity. The Reddit community loved the customer appreciation that HTC was displaying and promised to make the switch to HTC. As on user noted, “This is better phone advertising than all of the commercials and internet ads I’ve ever seen all put together. As soon as my contract is up, I’m switching to HTC.”

Red Bull is a brand that knows its audience and has done a consistent job of creating content or sponsoring events that its audience would find appealing. Because the energy drink is popular on reddit, Red Bull takes advantage of the popular subreddits that are most relevant to its brand.

For example, Red Bull reminds the gaming community about the upcoming Starcraft II gaming event that is taking place at the Red Bull Training Grounds in Orlando through redditads. What’s the ad? Just a simple reminder of the date and time of the event with a link to the official page. As Reddit user NoseKnowsAll stated, “Now this is an advertisement I can support. Thanks for the reminder red bull!”

Is Samsung dropped the ball with its customer service, then Microsoft’s Xbox 360 has proven to other brands that Reddit is an excellent platform for handling any questions or concerns regarding their product in an effective way.

What makes Xbox stand out, however, is that it actually funnels the customers into the right subreddit so that the issue can be resolved in a timely and efficient manner. This gives Redittors a chance to identify their specific problem, create helpful links, share useful directions, and provide a platform from the community to share their experiences with the Xbox 360. Xbox 360 even wants to know what customers will move onto when support ends for the 360 next year.

Top-notch customer service keeps your customers happy and shows them that you actually care about how they feel. When you accomplish this like Xbox has, you’re able to maintain your current customers.

Founded in 2006, Fathead is a company that manufactures life-sized, precision-cut vinyl wall graphics. So, you can imagine what occurred when a fan ordered a Fathead of New England Patriot’s quarterback Tom Brady for their office and was sent a Tim Tebow Fathead – in a rival Jets uniform no less – instead? The user went to Reddit to voice their frustration.

After posting the mishap on experience to /r/NFL, this became the #1 post, and also something of an overnight internet phenomenon. Fathead sent in it’s PR crisis team and handled the situation perfectly.

Fathead sent the user their complete collection of Tom Brady Fatheads, they placed an ad in the NFL subreddit to address the mixup, and created their own user account. Fathead was completely transparent by admitting that they made a mistake and even had some fun at their own expense.

What happens when you are a brand that wants to advertise in one of the largest sporting events of the year but don’t have the budget or connections to do so? You could get creative like Newcastle Brown Ale did and ask users to create an ad for you.

As part of a satirical ad campaign, the “If We Made It” video series with Droga5 asked the Reddit community “If we made a Mega Huge Game Day Ad targeted just at reddit, what should be in it? Tell us and we’ll make it.”

To celebrate Pi Day, the Ford Motor Company launched the “FordPiDayChallenge” back on March 14, 2012. Ford engineers posted 42 different mathematical questions throughout the day. Each user was given 3 minutes and 14 seconds to solve each question. The first person who answered the 42 questions correctly received a one-year membership for “Reddit Gold.”

This was a creative way to create something unique and get the Ford engineers in on the marketing fun. More importantly, was that Ford wisely named this campaign the “FordPiDayChallenge,” which helped spread brand recognition when word-of-mouth spread. The campaign was even picked on mainstream media outlets like CBS, which helped it gain additional exposure.

In 2014, Nordstrom became one of the first luxury brands to create its own username and community on Reddit. The username, Nordstrom1901 was named after the year that the store was founded, and is being used to interact and converse with consumers in real-time. For example, Nordstrom hosts several AMAs that give customers a behind-the-scenes look at the inner workings of the brand.

One recent AMA was by Jorge Valls, the Men’s fashion designer for the brand. He let the Reddit community ask him questions like how far in advance the fashion designers decide on fashion trends and the expansion into new markets. According to Nordstrom spokesman Dan Evans, “We continue to learn more about Reddit and what our customers want to hear from us, but so far the response has been favorable.”

The Space Exploration Technologies Corporation was founded by PayPal and Tesla founder Elon Musk in 2002. When SpaceX was ready to launch the Falcon 9 rocket on January 6, 2015, Musk participated in a AMA that discussed everything from SpaceX’s technology, AI, Mars expeditions, and even the daily habit that Musk believes has had the largest impact in his life – it’s showering if you wanted to know.

Much like Bill Gates’ AMA, Musk used Reddit to show that there’s an actual human behind their brand, as well share insights into how the SpaceX rockets work and what to expect in the future. SpaceX has also invited its software engineers to partake in a Reddit AMA.

It was a great way to connect with the members of the Reddit community who were interested in coding and the manufacturing process of SpaceX’s rockets.

While Reddit can be an extremely difficult place to advertise and market your brand, there are brands who are achieving a high-level of success on the Reddit community by using it for customer service and giving users the content or information that interests them the most.

Are there any other brands you know of who are succeeding on Reddit? 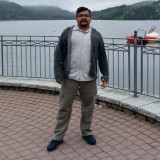